What is persistent in the context of malware or cyber security? (Hindi)

Special Features:
CloudAtlas represents a rebirth of the RedOctober attacks.
Some of the victims of RedOctober are also targeted by CloudAtlas.
Both Cloud Atlas and RedOctober malware implants rely on a similar construction, with a loader and a final payload that is stored, encrypted and compressed in an external file.
CloudAtlas implants utilize a rather unusual C&C mechanism - all malware samples communicate with accounts from a cloud services provider.
The Microsoft Office exploit doesn’t directly write a Windows PE backdoor on disk. Instead, it writes an encrypted Visual Basic Script and runs it.

Special Features:
“Business-to-government” spyware
Can monitor any action performed using a personal computer/mobile device.
Modules for computers and mobile devices
Self-replication via USB flash drive
Infection of virtual VMware machines by copying itself into the autorun folder on the virtual drive
Ability to self-update
Samples are signed by legal authorities
local infections via USB cables while synchronizing mobile devices
Specific malicious implant for every concrete target
At least 39 Apple devices supported by the iOS mobile modules
Both jailbroken and non-jailbroken iPhones can be infected: an attacker can conduct a remote jailbreak through already infected computers

Special Features:
The ability to infect the hard drive firmware
The use of “interdiction” technique to infect victims
Mimicking to criminal malware.


Special features:
First ever criminal APT.
Carbanak cybergang was able to steal $1bn from 100 financial institutions worldwide.
The plot marks the beginning of a new stage in the evolution of cybercriminal activity, where malicious users steal money directly from banks, and avoid targeting end users.
The largest sums were grabbed by hacking into banks and stealing up to ten million dollars in each raid.

Special features:
The TinyBaron/CosmicDuke custom backdoor is compiled using a customizable framework called "BotGenStudio", which has sufficient flexibility to enable/disable components when the bot is constructed.
The attackers use strong self-protection to prevent antimalware solutions from analyzing the implant and detecting its malicious functionality via an emulator. It also complicates malware analysis.
CosmicDuke targets individuals involved in the traffic and selling of illegal and controlled substances. These victims have been observed only in Russia.

What is persistent in the context of malware or cyber security?

Persistent – Operators give priority to a specific task, rather than opportunistically seeking information for financial or other gain. This distinction implies that the attackers are guided by external entities. The targeting is conducted through continuous monitoring and interaction in order to achieve the defined objectives. It does not mean a barrage of constant attacks and malware updates. In fact, a "low-and-slow" approach is usually more successful. If the operator loses access to their target they usually will reattempt access, and most often, successfully. One of the operator's goals is to maintain long-term access to the target, in contrast to threats who only need access to execute a specific task.

The following comments are made by Mr. Markandey Katju. Please read it and register your views.

The Real Father of the Indian Nation:

Markandey Katju says that Gandhiji as A British Agent. Now he moving further steps ahead and says that Akbar as Father of the Indian Nation.
The following are words of Markandey Katju:

Conclusion:
His thoughts make many angry and few felt that this is why India's judicial system not functioning properly.

The following is the comments of Markandey Katju about Gandhiji:
"Gandhi---A British Agent
This post is bound to draw a lot of flak at me, but that does not matter as I am not a popularity seeker I have often said things knowing that initially that will make me very unpopular, and I will be vilified and denounced by many. Nevertheless I say such things.as I believe they must be said in my country's interest.I submit that Gandhi was objectively a British agent who did great harm to India.These are my reasons for saying this :1. India has tremendous diversity, so many religions, castes, races, languages, etc ( see my article ' What is India ?' on my blog justicekatju.blogspot.in ). Realizing this the British policy was of divide and rule ( see online ' History in the Service of Imperialism ' , which is a speech delivered by Prof. B.N. Pande in the Rajya Sabha ).By constantly injecting religion into politics continuously for several decades, Gandhi furthered the British policy of divide and rule.If we read Gandhi's public speeches and writings ( e.g. in his newspapers 'Young India', ' Harijan ', etc ) we find that ever since Gandhi came to India from South Africa in 1915 or so till his death in 1948, in almost every speech or article he would emphasize Hindu religious ideas e.g. Ramrajya, Go Raksha ( cow protection ), brahmacharya ( celibacy ), varnashram dharma ( caste system ), etc ( see Collected Works of Mahatma Gandhi ).Thus Gandhi wrote in ' Young India ' on 10.6.1921 " I am a Sanatani Hindu. I believe in the varnashram dharma. I believe in protection of the cow ". In his public meetings the Hindu bhajan ' Raghupati Raghav Raja Ram ' would be loudly sung.Now Indians are a religious people, and they were even more religious in the first half of the 20th century. A sadhu or swamiji may preach such ideas to his followers in his ashram, but when they are preached day in and day out by a political leader, what effect will these speeches and writings have on an orthodox Muslim mind ? It would surely drive him towards a Muslim organization like the Muslim League, and so it did. Was this not serving the British policy of divide and rule ? By constantly injecting religion into politics for several decades, was Gandhi not objectively acting as a British agent ?2. In India a revolutionary movement against British rule had started in the early 20th century under the Anushilan Samiti, Jugantar, and revolutionaries like Surya Sen, Ramprasad Bismil ( who wrote the song ' Sarfaroshi ki tamanna ab hamare dil mein hai ), Chandrashekhar Azad, Ashfaqulla, Bhagat Singh, Rajguru, etc ( who were all hanged by the British ). Gandhi successfully diverted the freedom struggle from this revolutionary direction to a harmless nonsensical channel called Satyagrah. This also served British interests.3. Gandhi's economic ideas were thoroughly reactionary. He advocated self sufficient village communities, though everybody knows that these communities were totally casteist and in the grip of landlords and money lenders..Gandhi was against industrialization, and preached handspinning by charkha and other such reactionary nonsense. Similarly, his ' trusteeship ' theory was all nonsense, and an act of deceiving the peopleSome people praise Gandhi's bravery in going to Noakhali, etc to douse the communal violence at the time of Partition. But the question is why did he help setting the house on fire in the first place by preaching religious ideas in public political meetings for several decades, which were bound to divide the Indian people on religious lines? First you set the house on fire, and then you do the drama of trying to douse the flames."

Conclusion:
Markandey Katju shows his anger over caste system and religious difference in the country. But he goes over board and said that the Gandhiji as the reason for separation.
Most of the followers of Markandey Katju in the social media network is not happy about his comments on Gandhiji.
at March 09, 2015 No comments:

Skype worm reloaded again. The same old scenario is used to propagate. It all started with a message from the infected system and posing a legit link and seems to be a funny video. But at the end, it will ask you install add-ons or plugins to play that video.

Once you installed it, that is it. Your skype will send the same kind of message to your friends.

list of malicious domain related with this skype worm:

Today I want to share a post on job scams via email. Earlier, I posted on nigerian scams or online frauds.


I checked the send address details:


It looks suspicious to me, because of the send address and the mail formats. So I replied them to look forward any attachments. I received a word doc. Scanned the word doc with officemalscanner for any malicious codes. But, nothing found. Still, I viewed that doc in controlled environment. 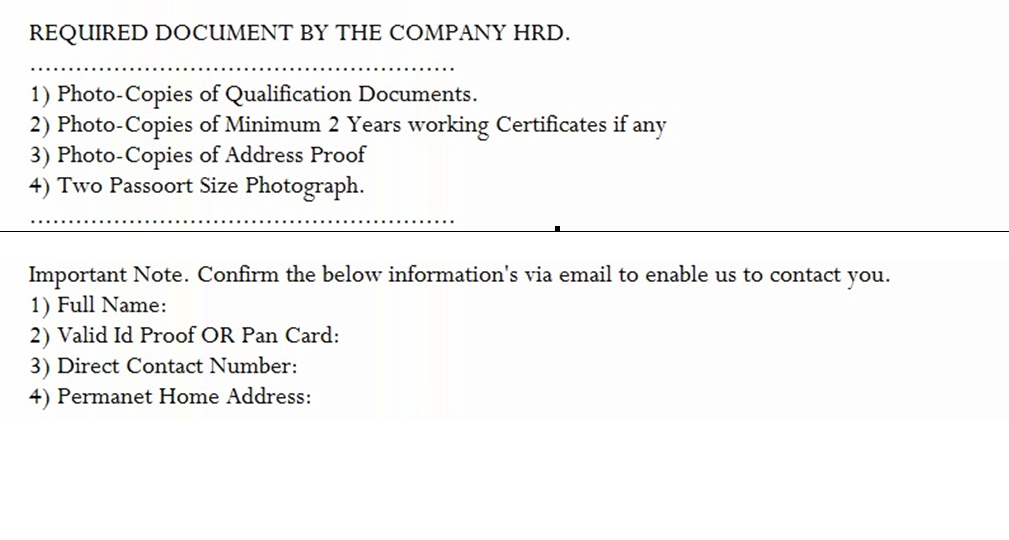 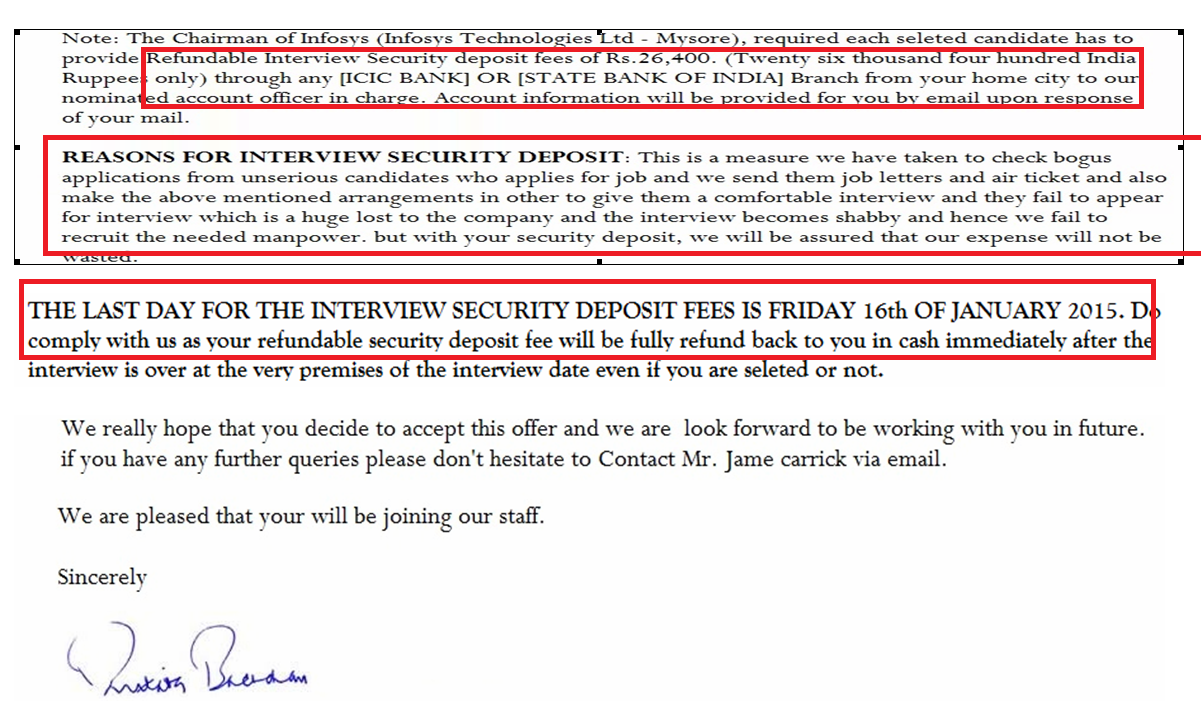 All we need small amount of seriousness and little awareness about the cyber security threats.
Please share this information with your friends and family and stay away from these kinds of scams.