Openers and opening partnership are a very important part in any cricket match, across the formats. Many opening batting pair get the attraction from the spectators that one partner chooses to play anchor role and another one smash. When word 'SMASH' pronounced by cricket fans, they probably think about Virender Sehwag. Sehwag is a hard working person that is the whole reason he got the chance to open the batting with his own mentor/Guru, Sachin Tendulkar. Today, October 20, marks the birthday of Sehwag, so we created an interesting post between Sachin and Sehwag. 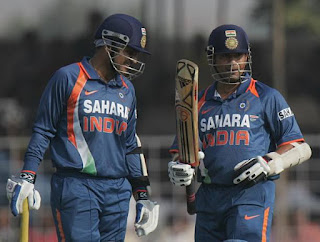 2) Debut & Last Match In ODI Against the Same Opponent 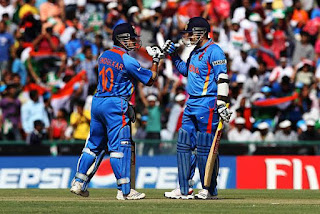 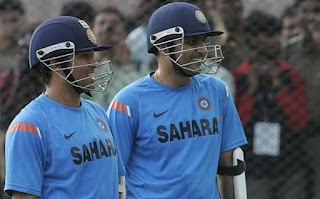 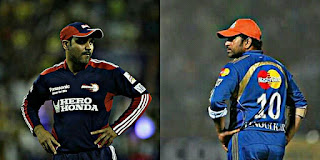 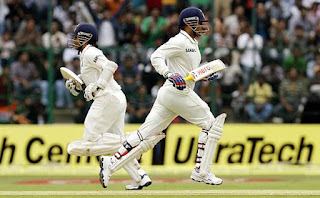 And the relationship between Sachin and Sehwag is a really fantastic one. You want to see how real it was, have a look at this interview:

10 The best coincidence between Sachin and Ganguly: http://www.edison-newworld.com/2018/10/10-best-coincidences-between-sachin.html

Five Cricketing Legends Who Picked Only One Indian Cricketer (Sachin Tendulkar) In Their All Time XI:
http://www.edison-newworld.com/2018/09/five-cricketing-legends-who-picked-only.html

Secret Ingredient for Success (part I):
http://www.edison-newworld.com/2013/11/secret-ingredient-for-success-part-i.html
at October 19, 2018 No comments:

Sachin Tendulkar is the greatest batsman ever played for India and the greatest of all time cricketer. His closest companion in the field is Sourav Ganguly. Ganguly is often regarded as the best captain who headed India ever. Sachin and Ganguly were regarded as most successful right/left opening combination the world cricket ever seen. Let's see the mind-blowing coincidence of the two greatest players: 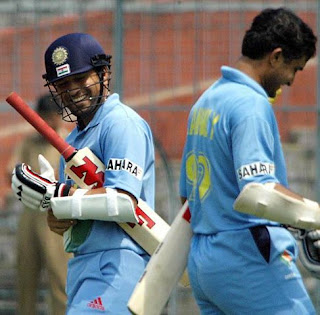 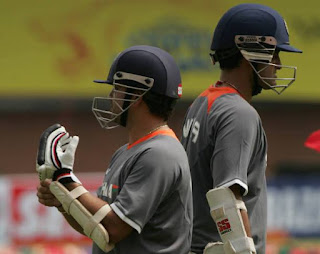 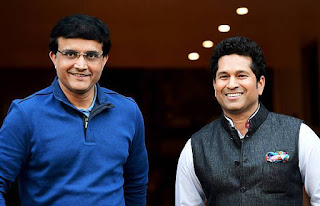 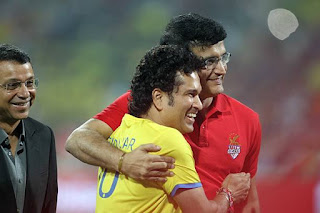 9) Sachin & Ganguly Both Duck Out Only 4 Times in IPL

When Sachin Got out duck 1st Time In IPL (Opponents are KKR, Captain Is Ganguly)

When Ganguly Got out duck 1st Time In IPL
(Opponents are MI, Captain is Sachin)

10) Sachin & Ganguly Both Lost Their 1st Match as Captain.

Five Cricketing Legends Who Picked Only One Indian Cricketer (Sachin Tendulkar) In Their All Time XI:
http://www.edison-newworld.com/2018/09/five-cricketing-legends-who-picked-only.html

Secret Ingredient for Success (part I):
http://www.edison-newworld.com/2013/11/secret-ingredient-for-success-part-i.html
at October 08, 2018 No comments:

Email ThisBlogThis!Share to TwitterShare to FacebookShare to Pinterest
Labels: sachin and ganguly coincidence

Trojan Swizzor variants having detection since early 2004 and it works by downloading and executing malicious files from the Internet on the infected machine. The primary channel of infection for Swizzor family is the internet. And it is known for stealing of personal data. In this case, our researcher monitored a malicious traffic and spotted the Swizzor binary as the downloaded file.

So we managed to perform incident response activity in the host machine which connects to the malicious URL. We gathered the timeline analysis information from the host machine. During the timeline analysis, we spotted the process puttyupdate459.exe is found in the memory. The sample is taken for malware analysis:
File Hash: d85fa670e482083d83c7cfdea08b65729378b02b2dc31f009350f6385a459809
File Size: 227.5 KB

We are done with the execution of the specimen in the controlled environment and observer its behavior. The malicious process started querying general information on the file system and registry system.

Then it creates a thread and which got the exit. That creation of a thread is logged as an event and we checked the properties of the event.

This unknown module in the stack appears to be suspicious and didn’t have any file path. The malicious process is creating a file in the temp location and writing the content to the file ‘A45F.bin’.

It also queries for the presence of certain registry keys as follows, but they are not found:


It keeps gets incremented the lines ‘LdrLoadFile’ and also we noticed each time iexplorer.exe loaded in the memory and get terminated. Each time the termination happen the increment of lines in bin file at temp location.

With this analysis, we unable to observe complete behavior. So our incident response team run the redline script and collected the analysis session of the infected machine. During the redline analysis, we found the parent file which contains the above malicious URL:
hxxp://Judoalmoradi(.)com/LOGOS/puttyupdate459

The parent file got password stealer, Pws (PSW), Swizzor and Ursnif detection. It is very much clear that our team made better incident response activity and found the file.

Reason for file not detected by AV?

Most of the AV vendors are detecting the parent file (SHA256: 21fc447f95143fd8595d364e526bb726d2e3e52983aebe2c1ae5d49d4e6e96f5) and downloaded file (puttyupdate459.exe). But when we found that the infected network infrastructure didn’t follow many best practices and the AV database where failed in definition update for several weeks. And we also collected their AV logs for log analysis, the AV actually triggered the alert on termination of on-access scan and AV shield processes.
If they followed the best practices and proper monitoring facility, this infection could be avoided.