Quantum field theory (QFT) unifies Einstein's special relativity with quantum mechanics. QFT is the foundation of what physicists refer to as the Standard Model (SM), which is the theoretical framework that describes all known particles and their interactions except gravity. A word of caution on QFT. It is one of the most difficult subjects in science.
Quantum mechanics (QM) is based on three things:
1- Physical observable are operators
2- the Uncertainty principle
3- Commutation relations. 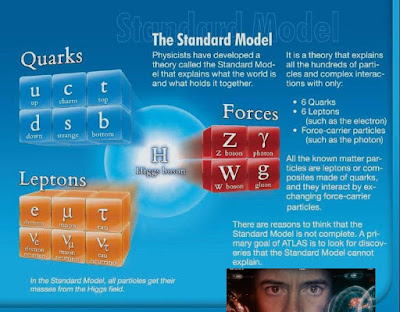 However, QM cannot describe particle reactions at relativistic high energy. That is why it is referred to as non-relativistic quantum mechanics (NRQM). Relativity states that:
E = mc2......(equation 1)

This equation relates energy to mass. This means that with high enough energy that is proportional to the particle's mass, then by equation 1, we can "create" the particle. Due to conservation laws, we need twice the particle's energy, so that we can create the particle and its antiparticle. So, in high energy reactions:
1- Particle number is not fixed
2- Types of particles present are not fixed. 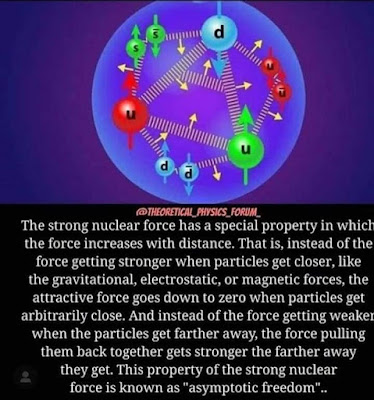 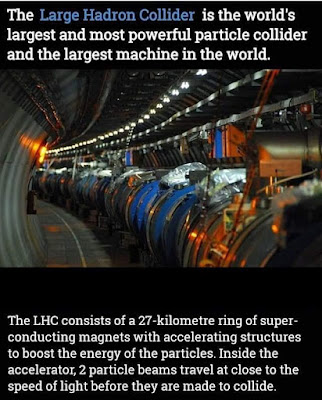 QFT or SM is the most successful theory in physics. The Higgs particle found in 2012 is one of the best confirmations of the SM. There are theories beyond the SM, such as Supersymmetry, Supergravity, and Superstring theories. However, none of the particles predicted by these theories have been found. My bet is that the next new particle that will be found at the Large Hadron Collider (LHC) will be a supersymmetric particle. Only time can tell.

Email ThisBlogThis!Share to TwitterShare to FacebookShare to Pinterest
Labels: Quantum Field Theory and the Standard Model

Dark Matter: The second highest stuff in the universe! 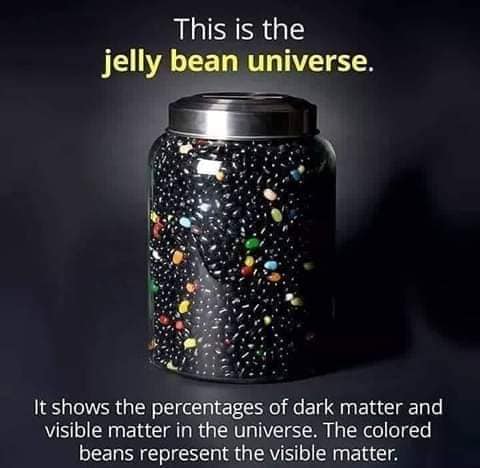 Astronomers detect dark matter gravitational influence but they do not see it. Imagine the challenges in understanding something that one cannot see. Billions of dark matter particles pass through each of us every second, yet no one notices because we cannot sense dark matter. Dark matter does not interact with light and dark matter is not made out of the same material as ordinary matter. It is not composed of atoms and elementary particles that we are familiar with.
When large amounts of dark matter aggregate into concentrated regions it's net gravitational influence is substantial, leading to measurable influences on stars and on nearby galaxies. Dark matter affects the expansion of the Universe, the path of light passing to us from distant galaxies, the orbits of stars and many other measurable phenomena in ways that convince us of its existence.
Dark matter might sound like an exotic suggestion to some, but proposing its existence is far less rash than revising the laws of gravity, as dark matter skeptics might prefer. Dark matter is likely to have a more or less conventional explanation that is completely consistent with all known physical laws. After all, why should all matter that acts in accordance with known laws of gravity behave exactly like familiar matter? Why should all matter interact with light? Dark matter can simply be a matter that has different or no fundamental charges. Without electric charge or interactions with charged particles, the dark matter simply cannot absorb or emit light.
The main candidate for dark matter is a new elementary particle called WIMP ( weakly interacting massive particle). Dark matter is of two kinds: cold (CDM) or hot ( HDM) depending on its velocity. Pif the particle velocity is slow compared to that of light then it is referred to as cold dark matter. However, if it moves with a velocity close to that of light then it is referred to as hot dark matter. The main candidate for HDM is the neutrino.
Please watch the below slideshow: