Warning: You're Losing Money by Not Using Iphone Apps

Iphone apps are more helpful and user friendly. There is an app for everything you wish. Even you get the customized apps for the user needs. Well, i felt little dodgy to spend my money on purchasing the apps. And even, i neglected using the apps in my Iphone. 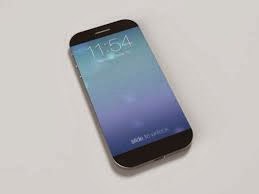 One of my close friend, who is a specialist in virus research and malware analysis, he told me that apps are more helpful which saves his money by using Iphone Apps.

I wondered that how it is possible by spending our penny and purchasing the apps can save the money. He explained me clearly:


I need to add more points, so we can see it in next post.

Email ThisBlogThis!Share to TwitterShare to FacebookShare to Pinterest
Labels: Warning: You're Losing Money by Not Using Iphone Apps

You can run Check Disk from the command line or within other utilities. At a command prompt, you can test the integrity of the E drive by typing the following command:
chkdsk E:


To find and repair errors that are found in the E drive, use the following command:
chkdsk /f E:

The complete syntax for Check Disk is this:

The options and switches for Check Disk are used as follows:
Volume Sets the volume to work with.
filename FAT/FAT32 only: Specifies files to check for fragmentation.
/F Fixes errors on the disk.
/V On FAT/FAT32, this displays the full path and name of every file on the disk. On NTFS, this displays cleanup messages, if any.
/R Locates bad sectors and recovers readable information (implies /F).
/L:size NTFS only. Changes the log file size.
/X Forces the volume to dismount first if necessary (implies /F).
/I NTFS only. Performs a minimum check of index entries.
/C NTFS only. Skips checking of cycles within the folder structure.

Email ThisBlogThis!Share to TwitterShare to FacebookShare to Pinterest
Labels: Run Check Disk from the Command Line to Find and Fix Errors

Clam AntiVirus (ClamAV) is a free, cross-platform antivirus software tool-kit able to detect many types of malicious software, including viruses. One of its main uses is on mail servers as a server-side email virus scanner. The application was developed for Unix and has third party versions available for AIX, BSD, HP-UX, Linux, OS X, OpenVMS, OSF (Tru64) and Solaris. As of version 0.97.5, ClamAV builds and runs on Microsoft Windows. Both ClamAV and its updates are made available free of charge.

Sourcefire, now acquired by Cisco, a maker of intrusion detection products and the owner of Snort, announced on 17 August 2007 that it had acquired the trademarks and copyrights to ClamAV from five key developers.

ClamAV is currently tested daily in comparative tests against other antivirus products on Shadowserver. In 2011, Shadowserver tested over 25 million samples against ClamAV and numerous other antivirus products. Out of the 25 million samples tested, ClamAV scored 76.60% ranking 12 out of 19, a higher rating than some much more established competitors.

ClamAV for Windows is now a part of the Immunet client produced by Sourcefire.

Email ThisBlogThis!Share to TwitterShare to FacebookShare to Pinterest
Labels: ClamAV

What is IP fragmentation?

The Internet Protocol (IP) implements datagram fragmentation, breaking it into smaller pieces, so that packets may be formed that can pass through a link with a smaller maximum transmission unit (MTU) than the original datagram size.
RFC 791 describes the procedure for IP fragmentation, and transmission and reassembly of datagrams. RFC 815 describes a simplified reassembly algorithm. The Identification field, and Fragment offset field along with Don't Fragment and More Fragment flags in the IP protocol header are used for fragmentation and reassembly of IP datagrams.
In a case where a router receives a protocol data unit (PDU) larger than the next hop's MTU, it has two options if the transport is IPv4: drop the PDU and send an Internet Control Message Protocol (ICMP) message which indicates the condition Packet too Big, or fragment the IP packet and send it over the link with a smaller MTU. IPv6 hosts are required to determine the optimal Path MTU before sending packets; however, it is guaranteed that any IPv6 packet smaller than or equal to 1280 bytes must be deliverable without the need to use IPv6 fragmentation.
If a receiving host receives a fragmented IP packet, it has to reassemble the datagram and pass it to the higher protocol layer. Reassembly is intended to happen in the receiving host but in practice it may be done by an intermediate router, for example, network address translation (NAT) may need to re-assemble fragments in order to translate data streams, description provided in RFC 2993.
IP fragmentation can cause excessive retransmissions when fragments encounter packet loss and reliable protocols such as TCP must retransmit all of the fragments in order to recover from the loss of a single fragment. Thus, senders typically use two approaches to decide the size of IP datagrams to send over the network. The first is for the sending host to send an IP datagram of size equal to the MTU of the first hop of the source destination pair. The second is to run the path MTU discovery algorithm, described in RFC 1191, to determine the path MTU between two IP hosts, so that IP fragmentation can be avoided.

Email ThisBlogThis!Share to TwitterShare to FacebookShare to Pinterest
Labels: What is IP fragmentation?

A system on a chip or system on chip (SoC or SOC) is an integrated circuit (IC) that integrates all components of a computer or other electronic system into a single chip. It may contain digital, analog, mixed-signal, and often radio-frequency functions—all on a single chip substrate. A typical application is in the area of embedded systems.
The contrast with a microcontroller is one of degree. Microcontrollers typically have under 100 kB of RAM (often just a few kilobytes) and often really are single-chip-systems, whereas the term SoC is typically used for more powerful processors, capable of running software such as the desktop versions of Windows and Linux, which need external memory chips (flash, RAM) to be useful, and which are used with various external peripherals. In short, for larger systems, the term system on a chip is a hyperbole, indicating technical direction more than reality: increasing chip integration to reduce manufacturing costs and to enable smaller systems. Many interesting systems are too complex to fit on just one chip built with a process optimized for just one of the system's tasks.
When it is not feasible to construct a SoC for a particular application, an alternative is a system in package (SiP) comprising a number of chips in a single package. In large volumes, SoC is believed to be more cost-effective than SiP since it increases the yield of the fabrication and because its packaging is simpler.
Another option, as seen for example in higher end cell phones and on the BeagleBoard, is package on package stacking during board assembly. The SoC chip includes processors and numerous digital peripherals, and comes in a ball grid package with lower and upper connections. The lower balls connect to the board and various peripherals, with the upper balls in a ring holding the memory buses used to access NAND flash and DDR2 RAM. Memory packages could come from multiple vendors.

Email ThisBlogThis!Share to TwitterShare to FacebookShare to Pinterest
Labels: SOC - System On Chip

Email ThisBlogThis!Share to TwitterShare to FacebookShare to Pinterest
Labels: Pageviews Per Browser

Page Views Of My Blog (This Month):

Email ThisBlogThis!Share to TwitterShare to FacebookShare to Pinterest
Labels: Page Views Of My Blog (This Month):