Golunski classified the flaw as a “medium/high severity,” he explained that the issue is caused by the fact that WordPress uses a variable named SERVER_NAME to obtain the hostname of a server when setting the From/Return-Path header in password reset emails sent to users. Summarizing, an attacker can force a password reset by sending a specially crafted request to the targeted WordPress site, the request will include as the hostname the name of a domain controlled by the attacker, meanwhile the From and Return-Path fields in the password reset email sent to the victim will specify an email address on the attacker’s domain. Once the targeted user receives the password reset link, there are several methods the attacker can use to obtain it now that the From and Return-Path fields point to their domain. The attacker can make the victim’s email account unusable, for example via an attack on its DNS server or by sending it large files until to saturate its capacity. 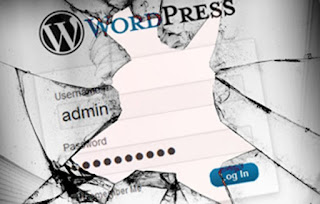 Below the three scenarios described by Golunski:

Attacker can perform a prior DoS attack on the victim’s email account/server (e.g by sending multiple large files to exceed user’s disk quota, attacking the DNS server etc) in order to prevent the password reset email from reaching the victim’s account and bounce back to the malicious sender address that is pointed at the attacker (no user interaction required).
Some autoresponders might attach a copy of the email sent in the body of the auto-replied message (no user interaction required)
Sending multiple password reset emails to force the user to reply to the message to inquiry explanation for endless password reset emails. The reply containing the password link would then be sent to attacker. (user interaction required)
The Password Reset vulnerability affects all versions of WordPress, including the 4.7.4 version released a couple of weeks ago.

Golunski reported the flaw hole to WordPress several times since July 2016, but in an absence of a concrete action, he decided to disclose it.