Recently I visited a place Tharangambadi in Tamil Nadu. It has a fort constructed by Dutch rulers before Independence in India.

Let me share the videos which I captured in the visit, but before that, I have some details of Tharangambadi: A small coastal town in the Mayiladuthurai district. but a city of traditional historical significance. As like British, French and Portuguese came to India, the Dutch i.e. the Netherlands also came to India for trade. They opened their business sites in many parts of India and targeted Tharangambadi in Tamil Nadu. In 1620, the Dutch came to Tharangambadi, a city suitable for trade and port. But this area came under the control of the Tanjore Nayak kings. Thus, the Dutch bought this area for money and took possession of Tharangambadi. For these 3 thousand 113 rupees was given to King Raghunatha Nayak. The Duch struggle to Pronounce the name Tharangambadi, so Thus Tharangambadi became Tranquebar. The Dutch fort was built by Admiral Ovi Jiddi with the help of locals. Built 200 feet long and 13 feet wide, the fort has a basement converted into a warehouse and a prison. Artillery was also set up towards the sea outside the fort. Tharangambadi, which had been under Dutch control for about 250 years, was ceded to Britain in 1845 when the Dutch bid farewell to Tharangambadi. Tharangambadi lost its importance with the arrival of the ports of Naga and Karaikal. The Dutch fort still stands majestically after many military attacks, storms, spots of rain and tsunamis. It was rebuilt in 2001 by the Dutch government with the help of the Tamil Nadu government. Later in 2011, the Government of Tamil Nadu renovated the fort. It is currently functioning as a museum. 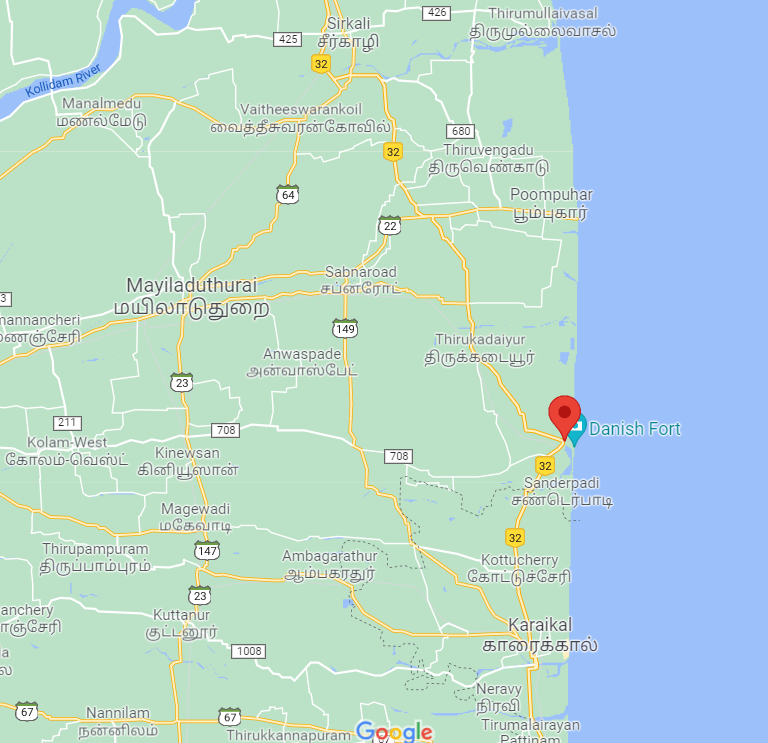