String theory: will it answers the mystery and unifies gravity?

String theory is the greatest scientific quest of all time. Its goal is nothing other than a complete description of physical reality, at least at the level of fundamental particles, interactions and space-time itself. In principle, once the fundamental theory is fully known, one could derive relativity and quantum theory as low energy limits to strings. 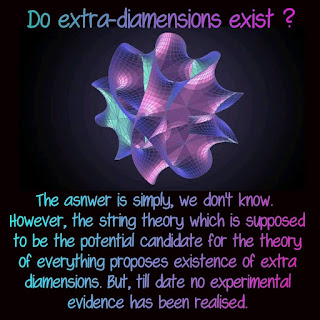 The theory of Strings sets out to do what no other theory has been able to do since the early 20th century, that is to unify general relativity and quantum theory into a single unified framework. This is an ambitious program that has occupied the best minds in mathematics and physics for decades. Einstein himself failed, but he lacked key ingredients that are necessary to succeed. String theory comes attached with a bit of controversy. As any physicist knows, experimentally testing it is not an immediately accessible option due to the high energies required. All energies associated with String theory are very high. Nonetheless, it now appears that some indirect tests are possible. The first clue will be the continued search for "supersymmetry", the theory that proposes fermions and bosons have "superpartners", that is, a fermion like an electron has a sister superpartner particle that is a boson. Super particles have not been discovered, so if they exist, supersymmetry must be broken somehow so that the super partners have high mass. This could explain why we have not seen them so far. But the Large Hadron Collider (LHC) may be able to discover evidence of supersymmetry. This does not prove String theory, because one can have supersymmetry work just fine with point particles. However, supersymmetry is absolutely essential for String theory to work. If supersymmetry does not exist String theory cannot be true. If supersymmetry is found while it does not prove String theory, it is a good indication that String theory might be right. 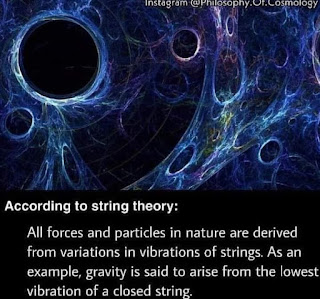 Recent theoretical work also opens up the intriguing possibility that there might be large extra dimensions and that they might be inferred in experimental tests. Only gravity can travel into the extra space physicists call the "bulk". At the energies of the LHC it might be possible to see some evidence that this is happening, and some have even proposed that microscopic black holes could be produced. Again, one could imagine having extra dimensions without String theory, so discoveries like these would not prove String theory. However they would be major indirect evidence in its favor. String theory predicts the existence of extra dimensions, so any evidence of these extra dimensions had to be taken as a serious indication that String theory is on the right path. 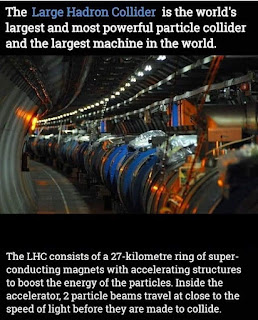 One final word. Experimental results that will come out from LHC in the future, will have the final word whether String theory is correct.
at December 18, 2019 No comments: